Join the Buddhist Temple of Alameda for their Vacationland Carnival and Bazaar fundraiser! Celebrate the cultural and religious diversity of the Island City while munching on delicious food. There will be a booth for everyone, as all cultures will be represented on guests' plates, from pizza and tamales to sushi and teriyaki. The whole family will be able to have fun playing games and entertaining themselves with the events' diversions. Additionally, tickets can be purchased for the raffle drawing, with a grand prize of $5,000. Bring the family and nourish your souls and stomachs! 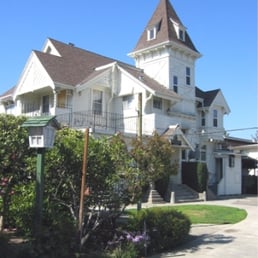 The bazaar is a fundraiser for the temple, which enjoys a beautiful heritage of being a spiritual and cultural haven to the Japanese-American and Buddhist communities in the Bay Area since being founded in 1916. Established by Japanese immigrants who settled in Alameda in the 20th century, the temple began humbly and operated out of a rented room. The temple upgraded its venue when it purchased its property in 1919. Membership grew quickly. A social hall was added and later, a house. Members also established a kindergarten for immigrant families, which flourished with 500+ children attending its weekend school.

After the attack on Pearl Harbor, the US government took many innocent Japanese-Americans, like the (then) resident minister, into custody. Later, many families were involuntarily moved and relocated solely on the basis of their Japanese descent. Most victims consisted of families who only wanted to build a better life for themselves. To find out more about this tragedy, click here.

At the end of the war, the temple established itself as a temporary haven for those returning from internment. The temple minister was also able to return, and the late 1940s and early 1950s became a period of rebuilding. More halls were added to the structure, and the youth created a Japanese-style garden to honor the struggles of previous generations.

Offering classes in Japanese, Buddhism, and more, the temple continues to enjoy a strong spiritual presence on the island. The temple's current spiritual leaders are Rev's Shoyo and Zuikei Taniguchi. They make sure to encourage lectures and weekend schools, further enriching the island with Japanese and Buddhist culture. Lectures cover Buddhist principles, Japanese language, and more. To find out more about how the temple remains a spiritual and cultural bastion, click here.

For more information about the event, check out the Buddhist Temple's website. You can also call them at (510) 522-5243 or send them an email at ask@btoa.org.

For an in-depth history of the temple, check out this video.